The Palestine Solidarity Campaign cannot kick its smearing-the-Holocaust habit. A banner proclaiming the media is, basically, Jewish-controlled and that Jews are, basically, Nazis (see above) was proudly paraded on the PSC’s anti-Balfour Declaration march through London today. There was no objection to it from any PSC stewards.

Added to that a woman wearing a Palestinian flag kept repeating there were “concentration camps” in Palestinian villages (part 1 below) and repeatedly accused a Jewish man holding a British flag of being “the anti-Christ” (part 2 below):

Smearing the Holocaust is a common theme now at PSC events and anti-Israel events generally.

As the some 3,000 PSC activists proceeded down Oxford Street a group of about 30 pro-Israel campaigners stepped into the road in front of the march and put a stop to it for about 30 minutes before the police finally moved everyone on allowing the protest to end up in Parliament Square where it was addressed by Jeremy Corbyn MP and Diane Abbott MP (via a live link), Ken Loach, Andy Slaughter MP, Salma Yaqoob and Dave Randall, amongst others.

The pro-Israel group were also called “Zionist pigs” by PSC activists but here they are in their full glory:

More peaceful disruptions to these anti-Semitic marches through London will undoubtedly rightly follow.

Here are some other photos from the PSC march. As you can see the slogans incorporate Holocaust smearing, the Star of David, the blood libel, child killing, supporting violence against Israelis and also willing Israel’s destruction and are, of course, the slogans the above-named British politicians and celebrities will have stood in front of while addressing the PSC supporters in Parliament Square.

That’s quite a chilling prospect for Britain’s 280,000 Jews: 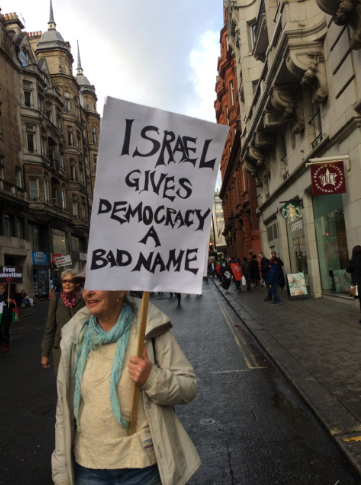 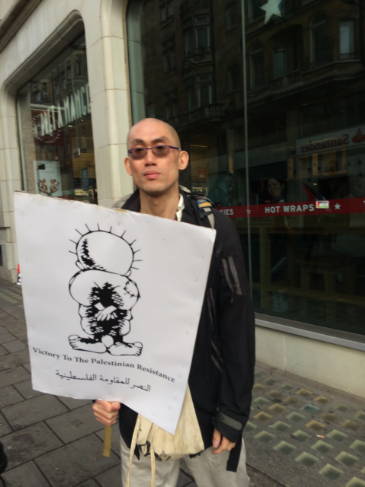 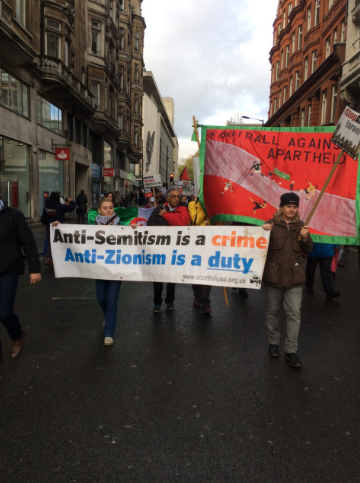 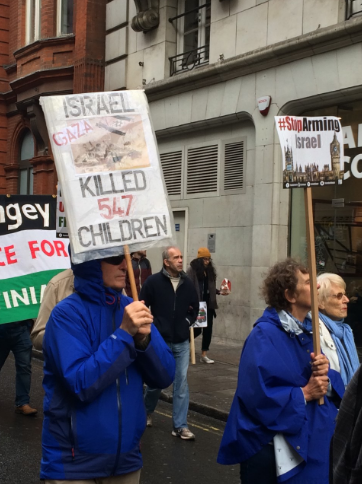 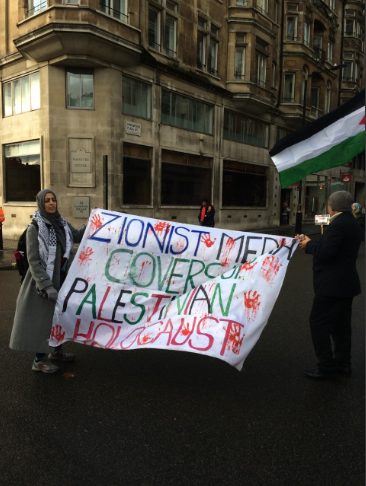