Anti-Semitic comments show the Method in the Methodists’ Madness. 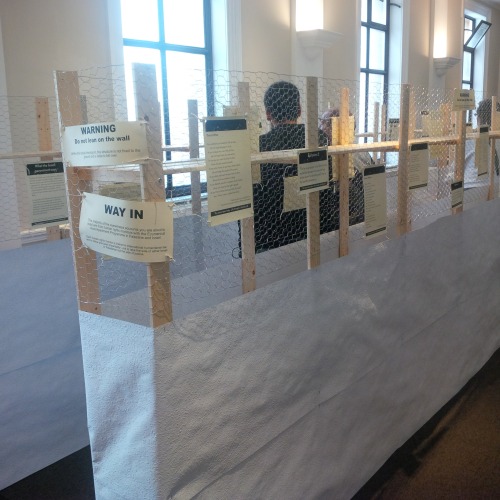 First, all of the exhibition was inside the church and second, the checkpoint was made from simple plywood with various negative commentaries about the wall, including quotations from the Bible, attached to it.

There were also real photographs of Israeli checkpoints, some sort of jenga section and three prayer stations for silent contemplation.

Third, the Zionist Federation and the Board of Deputies had spent the weekend persuading the church to accept as part of the exhibition literature (including two big boards) explaining why the security checkpoints are so necessary (see below).

The exhibition didn’t seem to be busy (it runs till friday) but the ZF/BOD literature will be effective in countering those unsuspecting members of the public who wander in. My hunch though is that the exhibition will only attract real Israel haters coming to have their views on the Jewish state confirmed.

David Collier and I sat at a prayer station in discussion with two elderly British women for about 15 minutes. We played dumb about the Israeli-Palestinian conflict as one of the women proceeded to tell us, inter alia, that Israel has an “unkind society” and that Israel in the West Bank is akin to Putin conquering the Ukraine and transporting Russians there.

Although the exhibition itself is pretty downboat the fact that the church decided to criticise checkpoints that keep Israelis alive is pretty bewildering. Nowhere in the exhibition does the church condemn the Palestinian terrorism that has killed so many Israelis.

But reading the Church’s Facebook page marketing the exhibition gives you an indication of the mindset of some Methodists, perhaps.

indicate the real method in some Methodists’ madness.

More photos from the checkpoint exhibition: 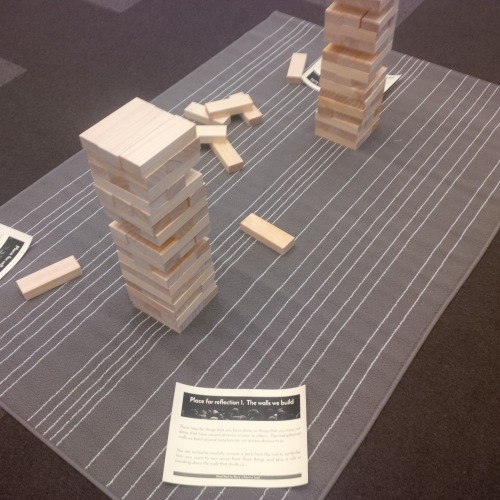 Brilliant ZF/BOD response inside the Church.

Some poetry on the checkpoint.

This entry was posted in Israel. Bookmark the permalink.

21 responses to “Anti-Semitic comments show the Method in the Methodists’ Madness.”