As Israelis bury their dead, scenes from London….. 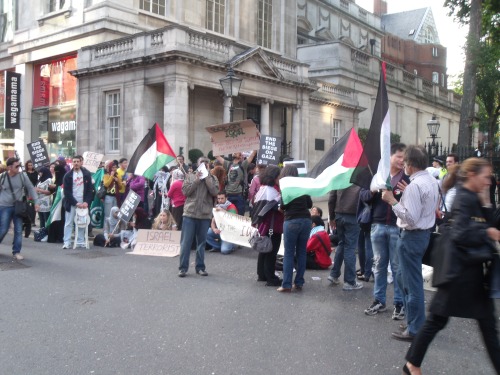 As Israeli families were still burying their dead after yesterday’s murders anti-Israel activists arrived at the Israeli Embassy in London to show support for the Palestinian terrorists that carried out the atrocity.

They repeatedly called for Israel’s destruction and after they started to surround me I was told by the police, under threat of arrest, to stop filming (clip 1 below).

From the clips you get a sense of the vileness of the crowd that had gathered. I also seem to have acquired a rather unattractive stalker (clip 4).

But the most sickening sight was that of the Neturei Karta, who passed me as I was walking back to get the train, en route to the Israeli Embassy to join in. Even the day after eight of their fellow Jews were murdered the “Rabbis” couldn’t lay low.

And this just an hour before the beginning of Shabbat. 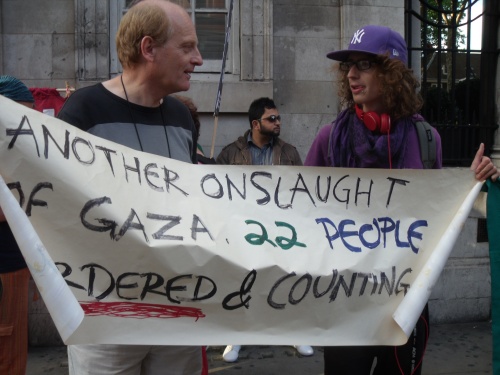 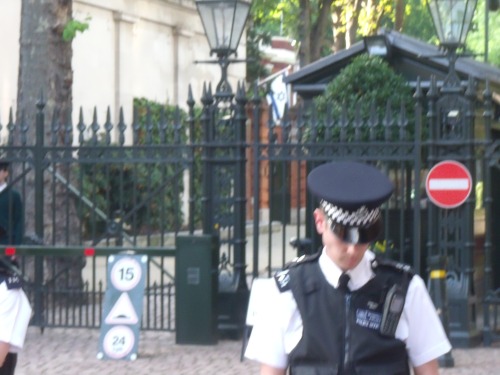 clip 1: Stopped from filming under threat of arrest.

clip 2: Intimidation by an anti-Israel activist.