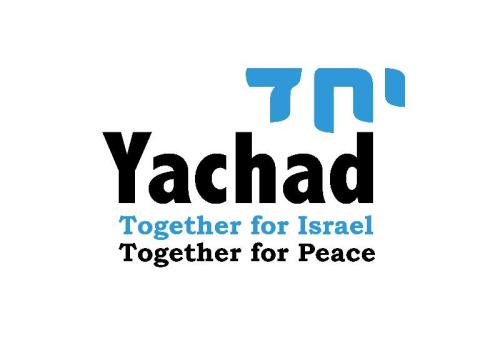 Hannah Weisfeld, the director of Yachad, has written a piece for this week’s Jewish News stating that:

“Yachad is giving voice to a large number of British Jews. When the Knesset passed the anti-boycott bill a few weeks ago (primarily for the purpose of targeting those that make a political statement by calling for boycotts of West Bank settlement produce), Yachad released a statement explaining that while we don’t support boycotts, we support the democratic right of Israelis to make a political stand through their purchasing power. That statement; reprinted on the front pages of Ha’aretz in Hebrew and English, reflected the concerns of a swathe of UK Jews, including the editor of this paper.”

But there is a very fine line between supporting the right to call for boycotts of settlements and actually supporting boycotts. In fact calling for boycotts is far worse than the boycotting itself.

I have no problem with someone taking a private decision to boycott the settlements.

But what goes along with the calling for boycotts is a demonisation of settlers, which contributes to continued Palestinian violence against them.

Weisfeld’s mindset is one of “democracy trumps everything”. She is supported in this view by LibDem Friend of Israel’s Matthew Harris who says that “Freedom of speech must allow Israelis to call for a boycott of settlement goods.”

But we don’t have unlimited freedom of speech in the UK where, for example, you wouldn’t get away with gratuitously screaming “Fire!” in a crowded cinema. It would put lives at risk as people ran for the exits.

Meanwhile, Weisfeld is putting lives at risk by wanting to allow the settlements and settlers to be demonised via calls to boycott them.

And anti-settlement rhetoric quickly spills over into anti-Israel and anti-Semitic rhetoric, as we regularly see in the UK.

But if Weisfeld is so keen on fixing Israel it’s Israel where she needs to live, not the UK, so she can persuade more Israelis to vote for anti-settlement parties. She could even set up her own political party.

In her article she names David Grossman, Meir Dagan, Amnon Lipkin-Shahak and “countless other military firgures” who back Yachad, but imagine the list of names who think that what Yachad is doing is dangerous.

If Weisfeld, and those who support Yachad, really want to make a difference to Israel then they should consider making Aliyah and put their money where their mouths are for once.

13 responses to “Yachad’s continued support for calls to boycott Israeli settlements is dangerous.”