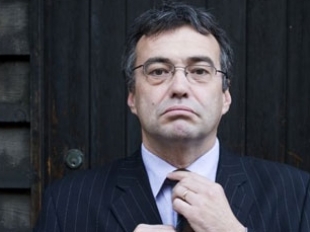 Phil Woolas has been stripped of his parliamentary seat of Oldham East and Saddleworth, which he won by just 103 seats in May for, of all things, lying about his opponent, Elwyn Watkins of the Liberal Democrats.

Some judges really need to get out more.

We have seen this on a massive scale over the last few years with the expenses scandal and the ease with which political parties put a match to their promises and political manifestos, particularly the Liberal Democrats.

So it is a bit odd to find the Liberal Democrats complaining about lies when they are the masters of the art.

As they say, they can give it but they can’t take it.

Phil Woolas was only doing what thousands of politicians have done throughout the hundreds of years of British politics; slightly bending the truth.

His big whopper was to accuse his Liberal Democrat opponent of wooing Muslim extremists.

The judges have also failed to take into account the times in which we now live.

Only yesterday a young woman was sentenced to life for trying to murder the MP Stephen Timms because he voted for the Iraq war.

She was so easily radicalised. All she needed to do was sit in front of youtube for a few hours and view the uploads of a radical Islamist.

The election in Oldham East and Saddleworth itself was complicated by the sinister presence of MPAC (Muslim Public Affairs Committee) which had a hit list of “Zionist” MPs whose opponents it supported. One of those on the hit list, Lee Scott of Ilford North, received death threats.

In the 2005 elections the Liberal Democrats directly benefitted when MPAC spread rumours that Lorna Fitzsimons of Labour was Jewish. She wasn’t but she lost her Rochdale seat by a mere 442 votes, very possibly because of this Jewish “slur”.

MPAC seems to have little care or interest for the United Kingdom as a whole. It is a wholly pro-Muslim/anti-Israel outfit which interferes in elections using the highly intimidating tactic of labelling its opponents pejoratively either as “Jewish” or “Zionist” in the hope of whipping up an unsavioury atmosphere in Britain.

The headline on its website today reads “Election 2010 Success: FOUR Zionists Taken Out by MPACUK”.

MPACUK have taken another scalp – this time of the infamous electoral cheat and, ironically, the former Minister for Race Relations, Phil Woolas.

We targeted six Zionist, pro-War and Islamophobic MP’s in the 2010 general election. Here’s a list of our scalps:

One of the commenters underneath has written “4 Zio-Nazies have been removed from Parliament by your efforts”.

Elwyn Watkins may not have openly wooed the likes of MPAC but did he loudly and explicitly denounce them? If he did then this was the right court decision.

If he didn’t then, in my book, he has as good as wooed them and Woolas should appeal this decision and be allowed to reclaim his place in Parliament.

30 responses to “Phil Woolas needs to fight this judgment”