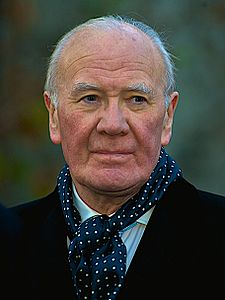 The Liberal Democrats are at it again.

I have just listened with incredulity to Sir Menzies Campbell, MP for North East Fife and one-time leader of the Liberal Democrats (who else), tell us of his concern for two British passport holders who are today in total fear after Mossad’s alleged assassination in Dubai of Mahmoud al Mabhouh while using fake passports with their names on.

I don’t wish to devalue their fear but from a utilitarian point of view if one had to choose between two people feeling undoubtedly scared and the assassination of someone who Hamas has admitted murdered two Israeli soldiers in 1989 and who is responsible for purchasing armaments from Iran to supply to Hamas in Gaza, leading to the deaths of many Palestinians and Israelis, I know which choice I would go for.

Don’t the Lib Dems know when to stop or even lie low for a while? Whenever there is controversy where Israel “might” be implicated, they are out in force briefing against Israel.

Does Sir Menzies really think that MI6 wouldn’t take the same action if British citizens were about to be “whacked” by someone like Mabhouh?

And does he really think the assassins should have entered Dubai on Israeli passports?

And as a lawyer he might be aware of a certain maxim about being innocent until proven guilty. Obviously not when it comes to Israel! Israel, after all, did admit to the attempted assassination of Khaled Meshall, the political head of Hamas, in Jordan in 1997. There has been no admission forthcoming so far about Dubai.

There are any number of countries who might have wanted Mabhouh dead and for a string of reasons. I am not sure that the Foreign Office summoning the Israeli Ambassador, Ron Prosor, for a dressing down tomorrow is going to shed any light on events that took place in room 230 of the Al Bustan Rotana hotel on the afternoon of January 20.

To think that Sir Menzies actually applied to be our Prime Minister once. Who would seriously wish to travel on the tube or a bus with him at the helm “playing it by the rules”?

Until Sir Menzies calls for the disbanding of said MI6 he should be dismissed as nothing more than yet another Lib Dem activist who has just got it in for Israel.